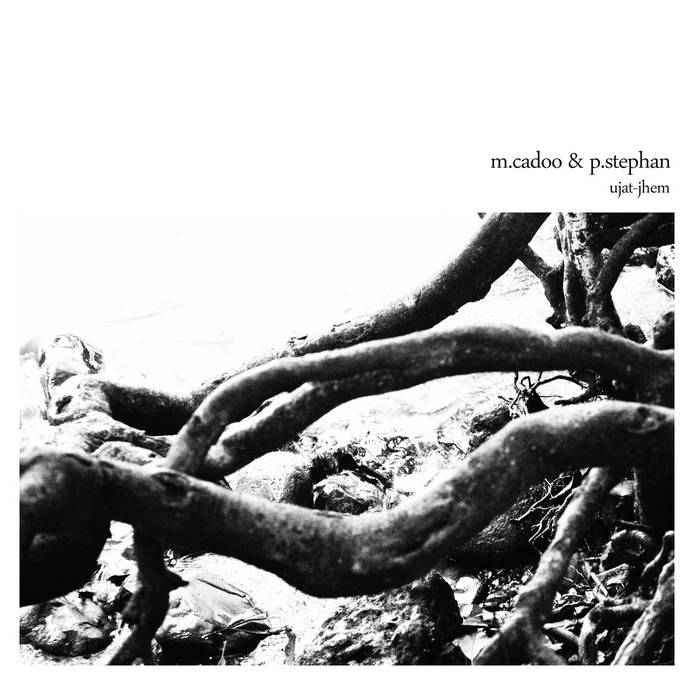 Mike Cadoo (Bitcrush) and Paul Stephan (Xoloder) have been quietly collaborating on music for nearly half their lives in some form. It began when they were roommates living in a desolate pre-BART suburb in the east San Francisco Bay area. Paul working the graveyard shift would leave unfinished works on their collective 4 track. Mike would, in turn after his morning shift, add to Paul's aural experiments. This very process was repeated in a loop and is an apt metaphor to the music itself. These experiments sit frozen in time on a multitude of tapes split between Cadoo and Stephan and while there has been a reoccurring discussion in revisiting these nostalgic artifacts Cadoo and Stephan chose to start fresh and create Ujat-jhem. The album began with an impressive array of sound-sculpting sketches that Stephan created as a perfect jumping off point. Ujat-jhem then became less of an idea but an ethos to bend, rebend, mangle and strain every sound to its logical yet musical limit that became the entity that is Ujat-jhem.

Bandcamp Daily  your guide to the world of Bandcamp

Interviews With Butcher Brown and Slauson Malone, plus LP of the week by SAULT.